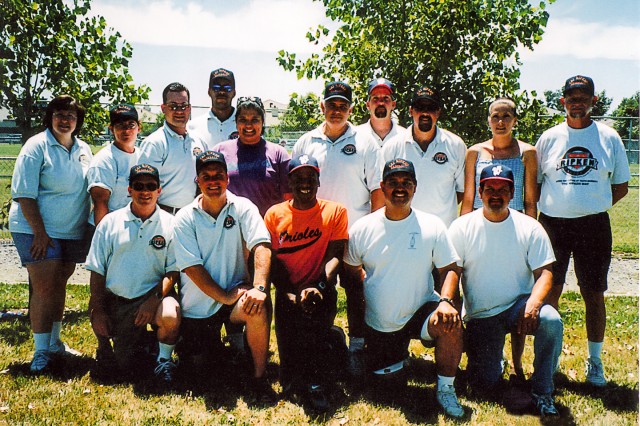 The new Babe Ruth league was formed in 1999 and was called Woodland Bambino Youth Baseball League. It was decided early on that the league should operate independently from Woodland Babe Ruth. A board of directors was formed, by laws were written, and a league charter was obtained. Seed money for the new league was provided by(NAMES).

The Registration fee was set at $0.00 the first year and attracted over 400 players. Many of those players stayed with the program through age 12 and went on to play Woodland Babe Ruth Baseball and beyond.

The leagues first president was Tony Salvemini. Tony coached and managed in both the Little League and Babe Ruth Programs. In 1994 Tony Managed the Babe Ruth 13-year-old All Stars who won the Babe Ruth World Series. This was a first for the City of Woodland. You can read more about this amazing accomplishment here:

Woodland Bambino was given exclusive rights to the city’s newest baseball diamond. This field was named after a long time community volunteer named Dick Klenhard. You can learn a little bit about Mr. Klenhard here: In 2000 the name of the league was changed to Woodland Cal Ripken Youth Baseball in accordance with Babe Ruth Internationals renaming of its youth program in honor of Cal Ripken Jr. Here is a link to the official press release. Other past presidents include Robert Fletcher, Carla White-Snyder, Mike Barron, and Jim Silva.